A Royal Welcome At Windsor Castle

Windsor Castle is so much more than a tourist attraction. Tucked away in the Berkshire countryside, it has played a major role in national life for over 1,000 years and is still very much home to members of the current Royal Family.

In fact, the Queen regularly visits at weekends and while you’re unlikely to be invited in to join Her Majesty for afternoon tea, there is plenty for visitors to see and do.

The original castle was built in the 11th century by William the Conqueror as part of his takeover of England and has been used by reigning monarchs ever since.

Following a major fire in 1992, significant sums have been invested in restoring Windsor Castle to its former magnificence and today it stands proud and ready for another 1,000 years of activity.

Visitors can access many of the major areas of the castle, including the magnificent State apartments, where you’ll find priceless masterpieces from some of the world’s greatest painters hanging on the walls.

Ten Kings of England are buried in the Gothic St George's Chapel, including Henry VIII and Charles I. However, make sure you don’t visit on a Sunday when it’s closed to general visitors.

For those who enjoy pomp and ceremony you’ll be able to witness some Great British changing of the guard.

Plus there are some more unusual treasures to see, including Queen Mary's Dolls’ House – the largest of its kind in the world and certainly the most beautiful. 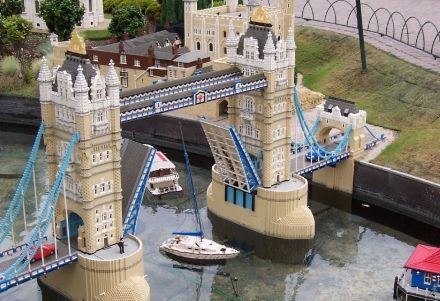 Explore the area around Windsor Castle

Once you’ve explored the castle, it’s well worth taking a wander around nearby Windsor. A charming historic market town, it has plenty of boutique shops, as well as high street favourites, and you’ll be spoilt for choice when it comes to choosing somewhere for lunch.

If you’ve got kids (or are a big kid at heart) then it’s easy to combine your visit to Windsor Castle with a trip to Legoland which is just around the corner. With an amazing variety of rides and attractions, there really is something for everyone. There are even some Lego castles so you can compare them to the real thing…

With plenty to see and do near Windsor Castle, why not stay in the area for a night or two? We’ve got some great hotels nearby.

Best Western Airlink Hotel London Heathrow is a brilliant choice for those arriving by plane. Situated in the heart of Hayes, it’s within easy reach of Windsor Castle as well as the many delights of London and surrounding areas.

Best Western Ship Hotel is located in the beautiful market town of Weybridge in Surrey. A former coaching inn dating back to the 17th century, it combines period charm with an elegant, up-to-date interior.

Best Western Maitrise Suites offer serviced style in London, just 10 minutes from Ealing Broadway Underground station. It’s a great slice of luxury for those looking for a short break and who value their independence.