Be King Or Queen For The Day At Warwick Castle

Built by William the Conqueror in 1068, Warwick Castle is a remarkable reminder of Medieval England. Travel back in time and see what life was like as a princess, duke or knave in years gone by.

A leading role in history

Situated on a bend in the River Avon, the castle was originally designed to keep the Midlands from rising up against the recent Norman invaders. Since that time it has played a leading role in many chapters of British history and has been the home of hundreds of important figures, pretenders to the throne and the occasional villain. Drama simply seeps from its stony walls.

For history lovers, it’s too good an attraction to miss.

Knights and days at Warwick Castle

Where to start? The Castle dungeon is a must for those who like their thrills and chills. A 50 minute walkthrough of this dismal place is enhanced by actors and special effects. Find out what it really meant to get on the wrong side of the Earl of Warwick.

Game of Thrones fans will appreciate the Knight Shows where you can watch chivalrous heroes face off against each other in an authentic recreation of olde style combat. Falconry was a big hobby in Medieval times and you can watch a bird of prey display that will show you why it had such a fascination for our ancestors.

For a bit of fun you can get lost in the Horrible Histories Maze, while the castle’s grounds are well worth a stroll around. 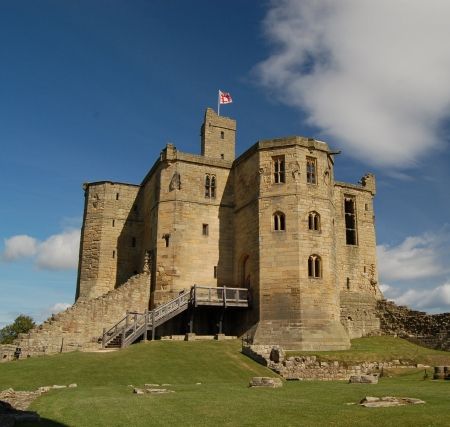 Explore the area around Warwick Castle

If you can pull yourself away from Warwick Castle then you’ll find yourself in the heart of Shakespeare country. Stratford upon Avon is only a short drive away allowing you to discover more about the Bard’s original home and enjoy many of the historical attractions in the area.

Warwickshire is not far from Birmingham if you fancy a day out in one of Great Britain’s most bustling cities. Superb shopping, great night life and lots to eat and drink come guaranteed.

Want to spend a few days exploring Warwick Castle and the surrounding area? We’ve got some accommodation fit for a king or queen.

The Welcombe Hotel, BW Premier Collection is an opulent country mansion with golf course and spa located just outside Stratford-upon-Avon. This Grade II-listed neo-Jacobean building offers the combination of being convenient to the historic town while also being able to offer everything you want for a weekend away or midweek break.

Best Western Plus Coventry Windmill Village Hotel Golf & Spa is based in a picturesque and secluded part of the West Midlands countryside. As the name suggests, it offers luxurious treatments as well as a fantastic round of golf.