There are thousands of theatres throughout Great Britain, so why should you visit the Lyric Hammersmith? We think it’s the perfect mix of history and the contemporary that makes it truly unique.

For over 120 years, the theatre has played host to some of the biggest names to tread the boards. But it’s also a place that looks to the future and proudly declares itself one of the UK’s leading producing theatres.

This “theatre for the truly theatrical" has a classical 19th century auditorium that can comfortably hold up to 550 people. It was originally a music hall that opened in 1888 but was subsequently knocked down and rebuilt in 1895 when the world famous Lily Langtrey provided the opening address.

Almost demolished again in the 1960s, it was dismantled and painstakingly reinstalled piece by piece at the current location on King Street.

When you enter the auditorium you will be thrown back to the old days of theatre with magnificent Rococo work, plush seating, luxurious stalls and a genuine sense of history. Despite this, it’s designed for the modern audience, so you can sit in comfort, relax and enjoy a play or musical.

Of course, the thing that really matters in a theatre is what happens on stage. Few theatres in Great Britain have been responsible for so many ground-breaking plays and shows as the Lyric. Its most famous production was the massive hit Bugsy Malone which was subsequently turned into an award winning film.

The theatre has an ongoing programme of events for those who love the stage including special nights out where different areas of the theatre cater for different tastes. If you want to combine your visit with a little education then regular classes and workshops are held for the public.

If you fancy a bite to eat before the show, or a tipple during the interval, there are several dining options in the theatre itself, including the Lyric Bar & Grill and Peyton & Byrne at the Lyric. 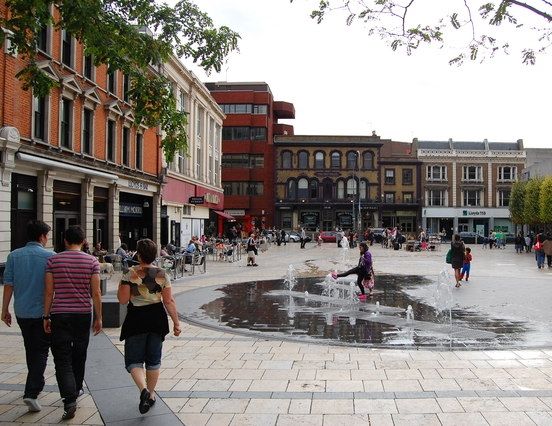 Things to do around the theatre

Based in the London Borough of Hammersmith and Fulham, the area around the theatre offers visitors plenty to do and see without having to venture too far into central London.

As well as the massive Westfield shopping centre  there’s a great selection of independent shops, including Shepherd’s Bush market which provides a vibrant and authentic slice of London life.

As you’d expect, there are plenty of pubs – both modern and traditional – for the thirsty visitor to explore, while the wide variety of restaurants means there’s something for every taste.

If you’re into sports, Fulham FC is just around the corner, or if you fancy a walk, there are a number of parks where you can enjoy a picnic on a sunny day.

Where to stay around Hammersmith

When you stay in London you want comfort amongst all the hustle and bustle. Our hotels close to the Lyric Hammersmith offer you just that.

Best Western Chiswick Palace & Suites is conveniently located on Chiswick High Road, just half an hour away from Central London and Heathrow Airport. London Underground stations are a short walk away to give you full access to the whole city.

Best Western Plus Seraphine Hammersmith Hotel is just a few minutes walk from the Hammersmith tube and bus stations to keep you close to the capital’s best bits. This modern, intimate chic hotel is just the place for a few days’ holiday.

Best Western Boltons Hotel London Kensington is based in one of London’s classiest quarters. It’s a modern 4 star hotel that offers a great base for exploring the capital.