The Circle Of Mystery: Stonehenge

Believed to be up to 5,000 years old, this recognisable monument has survived through to the 21st century, and is a global marvel everyone should try and see at least once.

Yes, other standing stones still exist across the world – but there’s nothing quite like Stonehenge.

A ring of massive boulders over two metres high and weighing around 25 tons, intense speculation still exists as to what the stones actually symbolise, only adding to the mystique.

Was it a burial site, an astrological instrument or even a place of sacrifice?

What we do know is that a supposedly primitive tribe of people managed to carry enormously heavy materials over many miles and complete a remarkable feat of engineering. 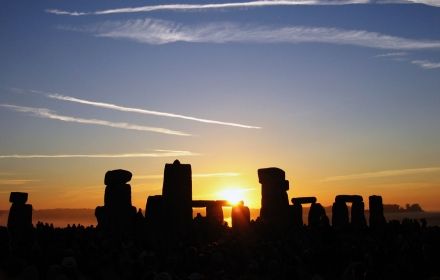 Stonehenge is found in Salisbury, a charming cathedral city based in southern Wiltshire, a county long associated with ancient wisdom and mysticism.

The stones themselves are classed a World Heritage site and, while access to them is limited, it’s still possible to get up close and marvel at their magnificence.

The area around Stonehenge superbly caters for the curious tourist, with a great visitor centre containing fascinating displays and plenty of extra titbits.

A set of Neolithic houses has also been constructed next to Stonehenge, allowing you to experience what life might have been like many thousands of years ago. You’ll likely find that supposedly primitive people were way more sophisticated than you think.

While there, there’s also the chance to talk to those working on the site to find out about the latest discoveries and research. Stonehenge is the gift that keeps on giving and our perceptions of it seem to change every year.

One experience not be missed is the Summer Solstice when modern day druids gather to greet the sunrise. It’s eerie, but deeply spiritual and certainly offers something a bit different from the usual visitor experience.

Wiltshire’s a beautiful county and Best Western has a number of hotels that allow you to spend time at Stonehenge, while also checking out the local area.

Best Western Red Lion Hotel is just five minutes from Salisbury Cathedral, putting you in a great position to explore this fascinating city, as well as wider Wiltshire.

Best Western Chilworth Manor Hotel near the New Forest National Park, is set amongst 12 acres of beautifully landscaped grounds. The Edwardian Manor House is a beautiful place to stay and also offers a state-of-the-art health club and spa.

With so many quaint places to stay and unique things to do, there’s no excuse not to take a trip in history to Stonehenge – the circle of mystery that has fascinated mankind for centuries.